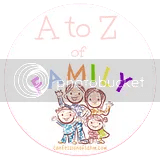 Last night we attended our very first parents evening at nursery for little man J. It felt a little odd as he’s only 2, but the nursery have it for the older children too so everyone is welcome to attend.

Though he always has good feedback when I collect him, I was still a bit nervous that he had been hitting or biting as he still does this at home (though they have never mentioned it so I presumed not).

When we arrived, his key worker (C) was available so we went through straight away whilst J played with one of the other staff. I think he thought he was there for his usual day though as he ran off with an excited look on his face!

As he is only young, there isn’t really much C could comment on, but she said that she was really happy with how he was getting on (as are we). He no longer cries when I drop him off so he has settled in really well – at first he used to scream blue murder, then he went to a little cry, then a whimper, but when I dropped him on Wednesday he just said Mummy in a sombre voice but soon perked up when he was told he was going to have toast, just as I was leaving!

We were both pleased with his speech and how well it is coming on. Ever since he started he has learned so many new words, a new one pretty much every day. C said that whenever she is talking to someone else he always copies what she’s saying, which he does with us at home too.

The only thing that was concerning is that he has been hitting out at his friends. Which is what I was dreading. I suddenly felt like such a rubbish Mummy. I have tried so hard at home, pretty much everything, to stop it but nothing seems to work. C suggested a reward chart with stickers of his favourite characters, one for nursery and one for home so we’re consistent. I had been thinking about it myself for at home but thought he might be a bit young to understand, but anything is worth a shot! She is going to draw something up ready for next week.

So apart from his hitting, he is doing really well and I am still confident that we made the right decision.

How have you managed to deal with your child’s hitting?

As little man is not yet even 2, he won’t get his free nursery funding until next year – despite this, hubby & I have recently been debating whether to place him anyway and obviously pay for it. After umm-ing and ahh-ing over various factors, we decided we would go for it (though I kept wondering if we were doing the right thing).

There is a perfect little private nursery just around the corner from us which we decided was the one – we signed him up for just one day a week (8 hours). When I went in to do all the form filling, little man spent half an hour in the toddler section. He went straight in without any fuss, but when he realised I had gone (into the office) I could hear him crying – I of course got emotional but the manager went through and he was OK, he just kept getting upset when other parents went in and he realised it wasn’t me. When I went to get him afterwards, he didn’t want to leave! After this small session, he had a 1 hour settling in session a couple of days after. This time he went in without any fuss and when I went to collect him, again he didn’t want to leave!

He started with his first full day last week. He starts at 8am so I had to wake him up earlier, as he doesn’t usually wake up until around this time (or later). He was very sleepy but I gave him his milk which he drank in bed, and then he got up and dressed. I’d gotten his bag ready the night before so once we were both dressed we were ready to go. This time when I dropped him off, he went in just fine again, but then he turned around and saw me leaving and ran up to the safety gate screaming his head off. I was so upset knowing I was leaving him for the next 8 hours and I just wanted to go back and give him a cuddle, but I just had to go. I was restless for the remainder of the day after that happened, though I knew he would be fine eventually.

When we collected him at 4pm, his key worker went through his day with us. She said he was a bit grumpy for around an hour after I left him but once he’d settled he was fine. He refused breakfast (probably because he was grumpy), but he then had some fruit at snack time, he had two plates of lunch (chilli, rice & naan bread – it’s one of his favourite meals) and then he had a bun at afternoon snack time, which they had made in the morning. He also had a play outside, he’d done some chalking, and he drew us his first nursery picture! He was also helping to tidy up when we arrived. The smile on his face when he saw us was (mainly) worth the upset from the morning – it was one of those priceless moments and confirmed that we had done the right thing – I think both him & I will gain so much from it.